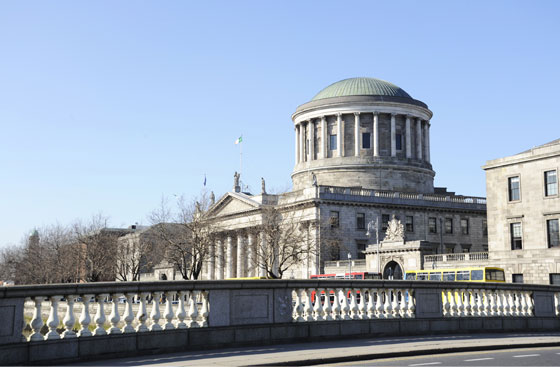 Court Reporters in Ireland are more often referred to as stenographers. They are the professionals called upon to ensure that all spoken words and gestures of a meeting or oral proceeding are recorded to produce an accurate verbatim transcript. Such Court Reporters in Ireland are professionals, who are often referred to act as guardians of the record they must be responsible, reliable, impartial and above all else completely accurate. To consistently maintain this standard, they must be properly educated, trained, and certified to expertly perform their duties.

Is it Court Reporter or Stenographer?

The point of all of this is that the services of Court Reporter in Ireland or a Stenographer are interchangeable and arguably of little relevance beyond the most ardent observers of linguistic evolution. Stenographer or Court Reporter in Ireland is merely used based on the user’s exposure to the dominant tradition in a given jurisdiction. What is really important obviously is the quality of service of a given Court Reporter in Ireland. GMSS trains and provided experienced and highly professional Court Reporters to covers judicial hearings, board meetings, legal depositions, video depositions in Dublin, Cork, Limerick, Galway, and Belfast and throughout the island of Ireland and the UK. GMSS’s Court Reporter travel and are available all over the island of Ireland and the UK and have been centrally operated from GMSS location beside the courts in Dublin for over 23 years. We are one of Ireland’s most well-known and well-respected court reporting services providing the most experienced and well-trained court reporters in Ireland. The quality of service speaks for itself as GMSS’s court reporters are retained by the legal profession, corporate clients, government agencies, private clients and NGO entities across Ireland as being among the leading court reporters in Ireland

We use cookies on our website to give you the most relevant experience by remembering your preferences and repeat visits. By clicking “Accept All”, you consent to the use of ALL the cookies. However, you may visit "Cookie Settings" to provide a controlled consent.
Cookie SettingsAccept All
Manage consent

This website uses cookies to improve your experience while you navigate through the website. Out of these, the cookies that are categorized as necessary are stored on your browser as they are essential for the working of basic functionalities of the website. We also use third-party cookies that help us analyze and understand how you use this website. These cookies will be stored in your browser only with your consent. You also have the option to opt-out of these cookies. But opting out of some of these cookies may affect your browsing experience.
Necessary Always Enabled
Necessary cookies are absolutely essential for the website to function properly. These cookies ensure basic functionalities and security features of the website, anonymously.
Functional
Functional cookies help to perform certain functionalities like sharing the content of the website on social media platforms, collect feedbacks, and other third-party features.
Performance
Performance cookies are used to understand and analyze the key performance indexes of the website which helps in delivering a better user experience for the visitors.
Analytics
Analytical cookies are used to understand how visitors interact with the website. These cookies help provide information on metrics the number of visitors, bounce rate, traffic source, etc.
Advertisement
Advertisement cookies are used to provide visitors with relevant ads and marketing campaigns. These cookies track visitors across websites and collect information to provide customized ads.
Others
Other uncategorized cookies are those that are being analyzed and have not been classified into a category as yet.
SAVE & ACCEPT